Eric Schmidt, businessman and former CEO of Google, said on Tuesday that the United States’ technological lead over China is eroding. Thus, Schmidt thinks that Washington’s industrial policy must be reorganized in order to deal with the growing technological rivalry between the United States and China. To that end, Schmidt’s philanthropic arm has made some recommendations to Washington, including strengthening regulatory oversight, encouraging private investment, and providing tax credits for worker training.

Eric Schmidt, 67, left his post as CEO of Google in 2011, after spending ten years at the head of the company, but remains the company’s third largest individual shareholder after founders Larry Page and Sergey Brin. According to Bloomberg’s Billionaires Index, his stake makes up the bulk of his roughly $20 billion fortune, but Schmidt also invests or plays a leading role in artificial intelligence and quantum computing companies. For several years, he has repeatedly said that American innovation is beginning to lag behind that of China.

Schmidt backs a Special Competitive Studies Project (SCSP) which said on Tuesday that China has surprised the United States on key “battleground” technologies, including 5G wireless, microelectronics and AI. The Asian nation’s industrial policy has reportedly allowed it to dominate the markets for drones, high-capacity batteries, critical minerals, solar panels, turbines and shipbuilding. The United States has immense economic advantages, but some red flags are flashing, said Liza Tobin, senior director of the Competitive Research Special Project, on a call with reporters. 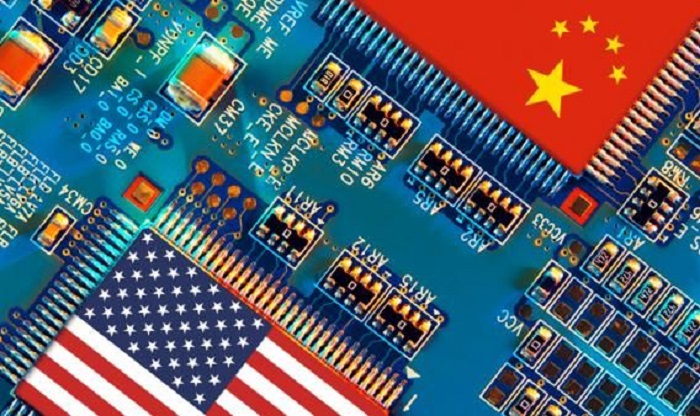 Tobin was also the former director for China at the US National Security Council. The United States needs an American-style industrial strategy that takes advantage of competition in our vibrant private sector and has carefully targeted incentives in areas where we need to be leaders, she added. Among its recommendations, the group calls on the US government to boost microelectronics production with the help of a large fund to unlock private capital and to create an open source security center to aid investments in digital infrastructure.

He also urges the US government to create a national security commission on digital finance and give regulators more power to screen investment flows into China that could threaten US national security. These recommendations mirror recommendations made last September by another expert group chaired by Schmidt. The latter published a report according to which the United States is losing to China the race to develop AI, “a technology that is expected to transform all workplaces and battlefields in the future. “.

Schmidt created its special project last year and appointed Ylli Bajraktari as CEO. Bajraktari is the former chief of staff to national security adviser HR McMaster and served with Schmidt on the National Security Commission on Artificial Intelligence. The project is inspired by an initiative of Nelson Rockefeller dating from the Cold War, in response to the launch of Sputnik by the Soviet Union. Schmidt also backs America’s Frontier Fund, a nonprofit whose goal is to raise $1 billion to target high-tech industries that may be overlooked by Wall Street.

Tobin said they were pleasantly surprised by the reactions from Silicon Valley. She said there has been a sea change in the attitude of many investors, venture capitalists and technologists who are now interested in national security. Wall Street would be the backbone of Silicon Valley. We have witnessed a radical change where many investors, venture capitalists, technologists, are eager to engage in this American project, interested in national security. Wall Street is a bit behind Silicon Valley, but we see change happening, Tobin said.

The SCSP report also urges the US government to create an independent development bank to provide “patient capital” to “de-risk” private investment in deep tech and to raise the cap on H-1B visas to help filling the talent gap in the microelectronics sector, estimated at 90,000 workers. The H-1B is a United States visa under Section 101 of the Immigration and Nationality Act that allows U.S. employers to temporarily employ foreign workers in skilled occupations.

However, some critics believe that Schmidt’s interests could clash in the future at certain points. Schmidt’s growing role in shaping Washington policy could potentially conflict with some of his interests in the private sector, said Jack Poulson, executive director of Tech Inquiry, which tracks industry’s role in government. . This includes supporting startups such as SandboxAQ, a quantum computing and AI company that spun off from Google in 2016.

What is your opinion on the subject?

What do you think of Schmidt’s recommendations for reviving American innovation?

In your opinion, what policies could enable Europe to compete effectively with China and the United States?

What about France? What strategies could enable France to assert itself as a leader in the key technologies mentioned above?

US lead in AI is rapidly fading in favor of China, says group chaired by former Google CEO ric Schmidt

The United States fears losing its scientific lead to China, but a new study indicates that it is already happening, despite the efforts of the American government

China overtakes US in AI research, fight for supremacy intensifies as both sides grapple with security issues

Manage Cookie Consent
To provide the best experiences, we use technologies like cookies to store and/or access device information. Consenting to these technologies will allow us to process data such as browsing behavior or unique IDs on this site. Not consenting or withdrawing consent, may adversely affect certain features and functions.
Manage options Manage services Manage vendors Read more about these purposes
View preferences
{title} {title} {title}